Since acquiring the two-campus facility one year ago on Aug. 1, 2019, VUMC has expanded the hospital’s clinical offerings with the addition of neurologic care via telehealth services, a new physical medicine and rehabilitation clinic and an expansion of its pharmacy services. A new urologist joined the facility in May, and a new outpatient clinic for women’s health services, including general gynecologic care, midwifery and high-risk pregnancy care, will open Sept. 9.

The hospital has recruited new hospitalists and staff specializing in primary care, obstetrics, behavioral health, bariatric surgery and gastroenterology to the facility and has credentialed 139 new physicians to the medical staff over the last 11 months.

“Every step we’ve taken in the past year has contributed to VWCH’s ability to meet the standards Vanderbilt is known for. Looking forward, we’ll continue to grow alongside our community, adjusting our plans to meet the specific and changing needs of Wilson County residents,” said Jay Hinesley, MHA, president of VWCH. “I’m excited for all we’ve accomplished, but I’m even more energized by the ways we’ll continue to expand and enhance the care we can offer.”

In addition to expanded services, much of the hospital’s lab equipment has been replaced with newer technology, and upgrades have been made to surgical care equipment for patients of the Vanderbilt Eye Institute, which now operates a surgery center at the hospital.

The hospital is also actively working to enhance its imaging capabilities through new MRI and mammography equipment — a project that is set to be completed in 2021 — and has furthered its surgical visualization capabilities for general and orthopaedic surgeries with the installation of new 4K video towers in its operating rooms.

In April, the hospital implemented new clinical and information technology (IT) systems, allowing VWCH to integrate into VUMC’s existing IT and clinical infrastructure. The project included a new electronic health record system, new medication dispensing cabinets, new computers and networks and an upgrade to the hospital’s entire IT infrastructure.

Updates to the hospital’s physical infrastructure include new interior and exterior paint, a new roof and enhancements to its parking lots.

The hospital, which completed a successful Joint Commission survey in February, has also opened a new 17-room unit specifically for patients who have tested positive for COVID-19. The unit is capable of caring for 34 patients at double occupancy.

With these new changes, VWCH is poised to see continued growth that has already begun to show through increased patient volume. 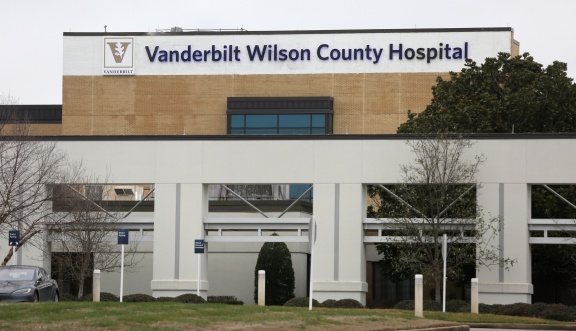