Leaders of Vanderbilt University Medical Center (VUMC) today announced plans to purchase Tennova Healthcare-Lebanon, a two-campus facility licensed for 245 beds, from subsidiaries of Community Health Systems, Inc. (CHS). A definitive agreement has been signed for the sale of the facility and related businesses, including physician clinic operations and outpatient services, to VUMC.

The transaction is subject to regulatory approvals and is expected to close in the third quarter of 2019. Terms of the transaction will remain confidential. In the interim, patients will experience no interruption in care while leaders with VUMC and CHS work closely together to ensure a smooth transition of ownership.

It is the commitment of VUMC to hire substantially all employees of Tennova Healthcare-Lebanon who are in good standing when the hospital’s transfer of ownership is complete.

The hospital is currently staffed by more than 200 community physicians and employs approximately 600 administrators, nurses and support personnel offering patients of Lebanon, Mt. Juliet and other nearby communities a comprehensive array of services. On April 1, the hospital will celebrate its 40th anniversary of service to Wilson County.

Through this acquisition VUMC will have a substantial presence in four of Tennessee’s fastest growing counties: Davidson, Rutherford, Williamson and Wilson. Already under construction in Rutherford County is a 37,500 square-foot facility that will be a part of Monroe Carell Jr. Children’s Hospital at Vanderbilt and will significantly expand pediatric specialty care, outpatient surgery and imaging services for children in Murfreesboro and surrounding communities.

“This hospital is an important addition to our health system as we continue to increase its size and scale to meet the needs of Middle Tennessee’s rapid growth and the diverse population we serve. Central to our mission as an academic medical center, we will be able to bring new clinical services and other initiatives, such as programs in population health, to the citizens of Wilson County and surrounding communities, improving health throughout the region,” said Jeff Balser, MD, PhD, President and Chief Executive Officer for VUMC and Dean of Vanderbilt University School of Medicine.

In 2017, Tennova Healthcare-Lebanon admitted more than 5,000 patients and provided more than 65,000 outpatient visits. That year, nearly 6,700 surgeries were performed, and more than 600 babies were delivered at the hospital.

“We look forward to welcoming the hospital’s physicians, nurses and staff, along with the patients and families they serve, into the VUMC health system,” said C. Wright Pinson, MBA, MD, Deputy Chief Executive Officer and Chief Health System Officer for VUMC.

“Wilson County is a thriving, growing part of Middle Tennessee, and the addition of this facility will help VUMC more directly meet the area’s increasing health care needs. Today, we are able to provide the services of a large academic medical center but know that we need additional resources like those provided by this hospital to expand our ability to serve patients in communities outside the downtown Nashville Metropolitan area in an even better fashion,” he said.

“Working with the physicians, nurses and staff, we want to maintain and grow the hospital’s services. After a period of weeks to months we will develop plans to bring additional services consistent with the needs of the community and the capability of the facilities to support them.”

According to 2017 U.S. Census data, Wilson County has nearly 140,000 residents and Tennessee’s second highest median household income. From 2010 through 2017 the county’s population increased by nearly 20 percent. The county has added more than 1.5 million square feet of new retail space in the last five years. 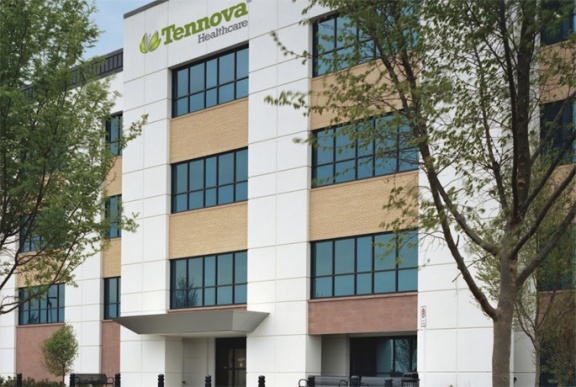